The Kinds Of Tree Branches That Should Be Trimmed Away

If you have trees in your yard, you're probably aware that they should be trimmed from time to time to keep them healthy. But have you ever looked up at your tree and wondered what branches a trimmer would remove, and why? Here's a look at the major types of branches a tree trimmer seeks to remove from the tree.

It is normal for some branches to die as a tree ages. Often, an older branch will die so that the tree can put more resources into developing fresh, new growth elsewhere. If dead or dying branches are left in place, they take nutrients and water that the tree could send elsewhere. So, some of the first branches that trimmers generally remove are any dead ones.

Trees are prone to a number of fungal diseases. Usually, the fungi first invade a branch or two. They may cause spots to form on the leaves of that branch. Or, they may cause the branch to develop some fungal patches and plaques. If your tree trimmer notices these symptoms on a tree branch, they will trim that branch away. That will help prevent the disease from spreading to the tree's other branches. This is one reason why frequent tree trimming is beneficial—to catch diseases before they spread too far.

Sometimes a tree will send a branch out in a direction that causes it to interfere with the tree's other branches. It may rub against the tree's other branch, leading to the formation of sores or wounds that can later become infected. A tree trimmer can trim back one of the branches that are rubbing in order to prevent damage to the other branch. This can also help keep the tree looking tidy.

Sometimes, a tree will send out a branch that's really long and looks unbalanced or misplaced. A trimmer will generally remove these branches. They don't just want to cut the end off the branch as this can make the branch unhealthy and prone to infection. It's always best to remove a whole branch. 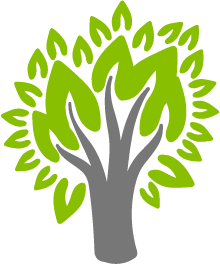 Proper tree care is an essential part of maintaining your property's appearance and overall well-being. After all, neglected trees can quickly become safety hazards if limbs should fall and damage your property. That's why it's important that you know how to take care of your trees. Luckily, this site is here to help. With the information on this site, you'll be able to better understand the different needs of each type of tree on your land. That way, you can tailor your tree care accordingly and you'll know when you should call a tree service for more help and ongoing care.